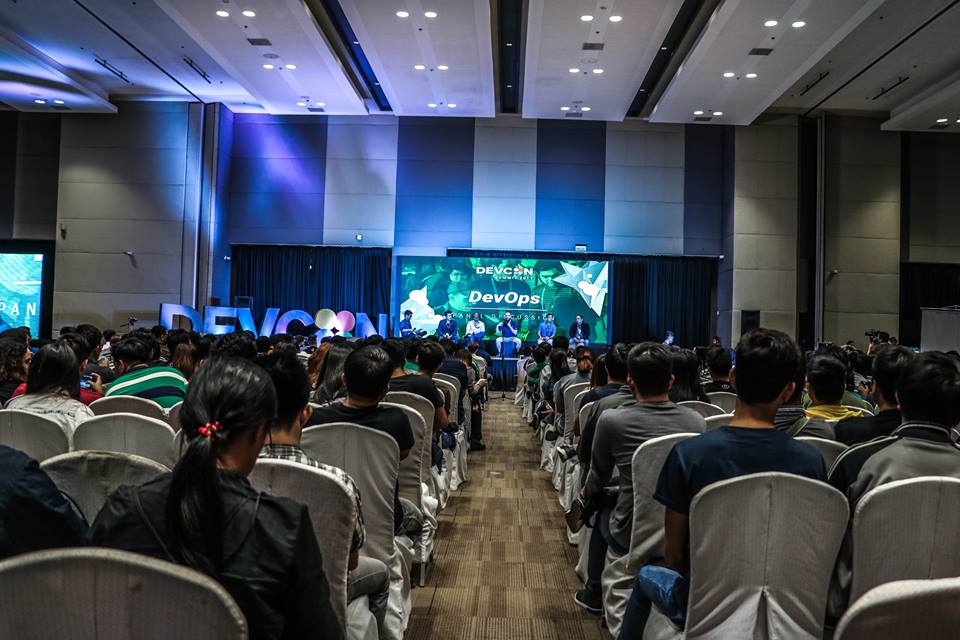 Devcon, a non-profit organization that aids developers, held it’s 2-day summit last November 18, 2017 at SM Aura, BGC, Taguig. The theme is “Changing the Game” which refers to the main topics the event is divided into four groups, namely Blockchain, Devops, AI, and Cybersecurity. These fields are known to be the current game changers and offers new career paths.

This field offered new opportunities in the industry apart from cryptocurrencies. Since the conference involved choosing your “breakout session”, I’ve decided to attend the topics that involved Ethereum, another cryptocurrency that was inspired from Bitcoin that had it’s improvements especially in development. They provided an overview with the programming languages and frameworks used to develop your own digital currencies with a demo for a real world application as well. There was also a separate discussion about Hyperledger, a parallel project by the Linux Foundation. Representatives of organizations such as Hyperledger Project, Amihan Global, Magpie, and ZendCreative provided some insights on the topic.

The field that leverages today’s modern systems administrator. An overview of Devops tools were discussed such as Docker and Kuberbetes. There was also a discussion about microservices architecture and continuous deployment of a sample PHP app and how Kubernetes “magically” handles scaling and the other problems administrators had in the past. For the past Devcon summit events they have already been discussing about this. Though DevOps has already become matured with it’s new tools throughout the years. The discussion for DevOps were brought up by representatives of CloudNative Foundation, Pantheon, and Samsung.

This next topic was discussed on the 2nd day of the event. Artificial intelligence is also an interestic topic. Now that computers have improved, this opens the door for creating deep learning systems that change the way of user interaction and decision making as well. The importance of this was discussed by AWS. Another representative from Indigo research discussed about creating chatbots using NLP.

Rootcon, an organization that conducts conferences for hacking in the Philippines provided some career opportunities and some insights as well of how an information security specialist’s job would be like. There were also discussions for privacy as discussed by Samsung and GDI marketing who also provided impact of https in SEO. Cybersecurity, in particular Information Security specialists, though this career has been already been existing for a while, is still keeps on continuously growing as new technologies come along given the fact that new vulnerabilities are also discovered. Which is why this has also become an in-demand profession since the stakes are high.

There also had been some “mini-talks” conducted by other company booths such as Accenture, which showcases some of the technologies they work on such as Microsoft Hololens with some augmented reality, Image recognition, face detection case study, and Amazon Echo where they provide their case studies where these technologies can be applied to. Other booths from various open-source communities were also available for signing up and also provides opportunities to ask some technical questions related to the group.

There has been a lot of discussion where I haven’t attended too since the event was composed of breakout sessions but I was able to gather some important knowledge from them. I do hope the other talks would be uploaded to youtube (like in Pycon PH) so that I can review them again. But overall it was motivating and makes me reconsider what career path I should pursue.

My interests often involve a lot with programming